Tuesday’s semifinal World Cup match between France and Belgium featured two powerhouse European football teams facing off for the chance at sports glory. The game was pretty close to what experts predicted –  an exciting contest by some of the game’s greatest stars and a close win from France. And at MeterGenius, we’d like to pretend that we could have accurately assessed both teams and come to this conclusion. But this is a nerdy energy blog and the above two sentences was about as much as we could ever say on the match (and we watched it).

This is a nerdy energy blog. And we can create our own type of France vs. Belgium face-off – with a deep-dive into both countries to determine who has the smartest approach to energy efficiency. We asked five questions below to see how these two competitors compare. Ready for the match? Let the crowd roar!

Unlike the semifinal game, this battle of border countries starts off with the first goal awarded to Belgium. According to the United States Energy Information Administration, 23.8 percent of the electricity generated in Belgium comes from renewable sources while in France it’s just 16.8 percent.

One of the more comprehensive evaluations of a country’s energy performance is the Environmental Performance Index (EPI). There are two main categories for EPI: Environmental Health “which measures threats to human health” and Ecosystem Vitality “which measures natural resources and ecosystem services.” According to EPI, “These objectives reflect the dominant policy domains within which policymakers and their constituents generally deal with environmental problems.”

Belgium is really, really good at recycling. The country recycles 80 percent of its plastic. The rest of the world recycles just nine percent of plastic. Belgium also comes in at 1.33 kg of waste per person per day, while France has 1.92 kg. Belgium bounces back.

As the U.S. Department of Energy states it, Energy Intensity is “measured by the quantity of energy required per unit output or activity, so that using less energy to produce a product reduces the intensity.”

So who’s better: France or Belgium? The U.S. Energy Information Administration reports France with 154.03 million Btu (British thermal unit) per person. Belgium comes in at 223.93 million Btu per person. France uses less and gets the goal on this one.

Like in real life, France advances to the finals by a one goal margin. But will they win #SmartEnergyWorldCup? Stay tuned for updates later this week! 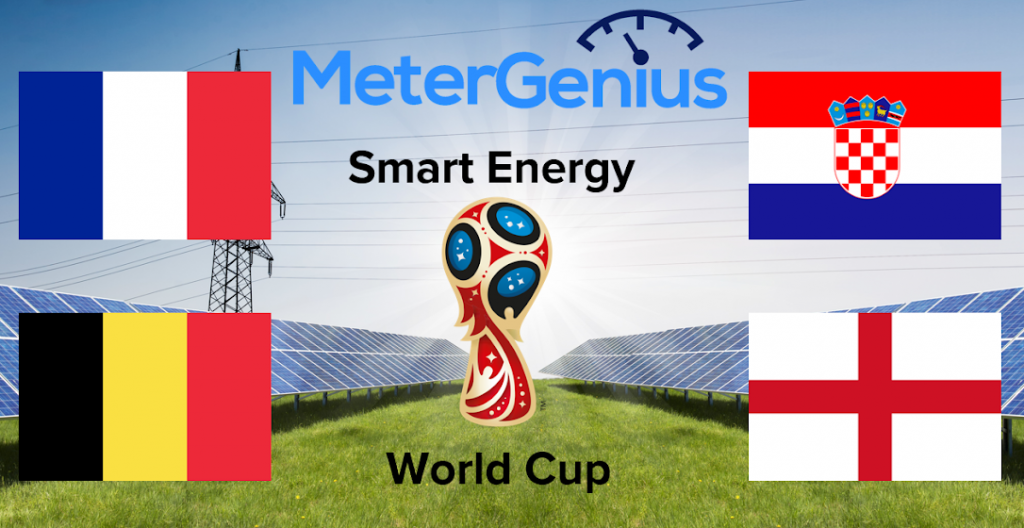 England vs. Croatia: Which Country Wins a Head-to-Head Match-Up in the #SmartEnergy World Cup?

3 Questions to Ask to Make Sure Your Attic isn’t Wasting Money
England vs. Croatia: Which Country Wins a Head-to-Head Match-Up in the #SmartEnergy World Cup?