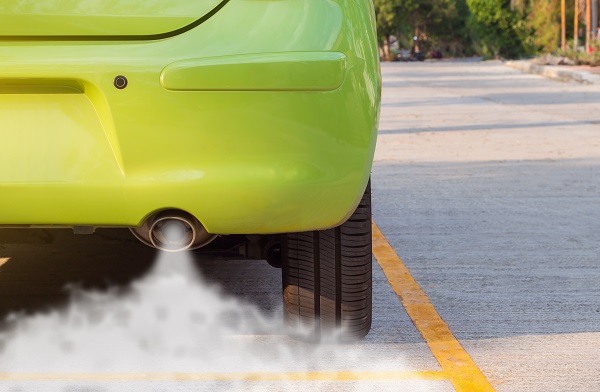 Did you know that the average American wastes $120 in gasoline each year as a result of unnecessary car idling?  Along with throwing money out the window, drivers are also sending toxic pollutants into the air which impact the air we breathe and our climate.

Idling is the state of running your car while it is parked or stopped for more than 30 seconds.  Examples include stopping at a red light, waiting to pick someone up, and warming up your car in the winter.  On average, Americans idle for 16 minutes per day.

It is a long-believed myth that wear on your engine caused by starting and stopping your car frequently was greater than the fuel consumed while leaving your car idle.  This is completely false. In fact, if you start and stop your car whenever you’re stopped for more than ten seconds, you’ll add approximately $10 in extra maintenance costs per year – way less than the fuel you’ll save by not idling.  Plus, idling can reduce the lubrication life of things like piston rings and cylinder liners, which are critical to running your engine, according to Stephen Ciatti, a PhD in mechanical engineering who oversees combustion engine research at Argonne National Laboratory.  This is especially bad in the winter time when gasoline doesn’t evaporate as quickly.

Every 10 minutes of idling produces a pound of carbon dioxide to be released from your car.  That’s nearly 600 pounds of carbon dioxide produced while the car isn’t in motion! Carbon dioxide increases the greenhouse effect by trapping heat in the Earth’s atmosphere causing global temperatures to increase.  And the pollutants emitted from the tailpipe have been linked to serious illnesses, including asthma, heart disease, bronchitis, and cancer.

Thanks to federal and local regulations, automakers have taken steps to reduce the impacts of idling.  Electric cars obviously don’t release any carbon dioxide or harmful pollutants while idling, because they don’t emit anything.  Hybrid electric cars that run on both gasoline and an electric battery will switch to battery mode while idling in order to reduce fuel consumption and avoid emitting exhaust.  Auto stop-start technology has also been introduced to cars equipped only with internal combustion engines. This technology has proven to reduce fuel consumption by as much as seven percent and Navigant Research has predicted that by 2022, 7 million cars sold annually in the US will have the technology that stops their engine while idling.

If you don’t have an electric car or a car with auto stop-start technology, it’s up to you to eliminate the harmful effects of your car’s idling.  It’s probably not practical to turn your car off at red lights, but any time your car is going to be stopped for more than 30 seconds, you should turn it off.  If you’re stuck at a train crossing, if you’re dropping your children off at school, or if you’re waiting in line at a drive-thru, turn your car off. Take it a step further and make a pledge to end idling now by going here: http://iturnitoff.com/#/savings