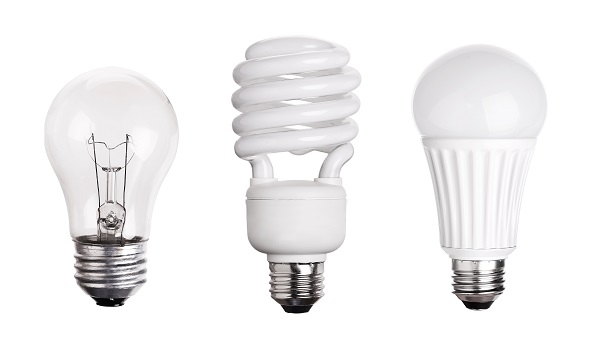 Oil lamps lit households for thousands of years.  But in the early 1900s, incandescent light bulbs dethroned the once-preferred lamps and the new electrified-bulbs reigned supreme for nearly a hundred years.  Compact fluorescent light bulbs, or CFLs, were invented in 1976, but they didn’t enjoy widespread popularity until their costs dropped significantly in the early 2000s.  But their time atop the illumination throne is likely to be short, as LEDs have become the most energy efficient and preferred light bulb in the United States.

Even though CFLs are more energy efficient than incandescent bulbs, they have never been beloved by their owners.  CFLs have a noticeably different color and they often take a second or two to turn on. They also contain trace amounts of mercury, which can be toxic to a human’s nervous system if it enters the body.  However, the only energy efficient alternative was the LED bulb, which were as high as $30 per bulb.

But with the help of government subsidies and innovative technologies that integrated LED bulbs, more and more customers purchased the more expensive LEDs until enough were produced that manufacturers could begin lowering their costs.  And the cost of LEDs has plummeted in the last five years.

In February 2016, General Electric announced that starting in 2017 they were not going to make anymore CFLs.  IKEA, the popular home furniture retailer, abandoned CFLs for LED and other retailers like Walmart and Sam’s Club have significantly reduced the number of CFL bulbs they offer to customers.

LED light bulbs use 85 percent less electricity than incandescent bulbs.  According to energy expert Steven Huntoon, LED lighting will reduce energy consumption by over 300 billion kilowatt hours over the next 20 years.

LED light bulbs are a no-brainer.  They are cheaper to operate and they last nearly two and a half times longer than CFLs.  As demand continues to rise and prices continue to fall, more and more homes will switch to LEDs.  With a mix of government regulations, market forces, and scientific innovations, we have yet again created a better, more energy efficient light that will power the homes of billions for years to come.

How to Efficiently Upgrade Your Outdoor Lighting

One Response to Is This the End of CFL Light Bulbs?