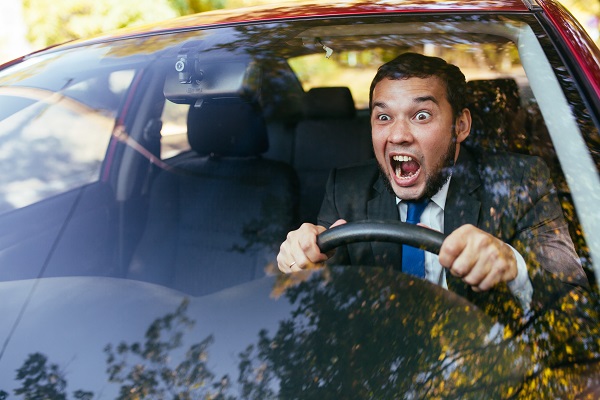 Aggressive driving can be dangerous and could cause you to get a ticket or even wind up in jail.  But even if you avoid wrecks and the police, you will waste hundreds of dollars a year driving aggressively and you aren’t receiving any significant benefit from it.

Aggressive driving is composed of three main parts: hard accelerations, hard braking, and rapidly changing lanes.  According to the AAA Foundation for Traffic Safety, 80 percent of American drivers surveyed reported driving aggressively at least once a year.  The same report says that 55.7 percent of all fatal car crashes were the result of one of the drivers involved committing one or more aggressive driving actions.  And guess what? Aggressive driving doesn’t make much of a difference in how quickly you get to your destination. Studies show that aggressive driving only reduces travel by about 4 percent.

When you drive, your engine automatically maintains the most efficient ratio of air and fuel in order to deliver the best fuel efficiency.  But when you accelerate too quickly, your car thinks you need maximum power and pushes way more fuel into your engine than you need. An Edmunds study showed that hard accelerations decrease fuel efficiency by about 31 percent!  So when the price of gas is $2.50, if you are accelerating too quickly, you are essentially paying $3.25 per gallon!

Hard braking is also very costly.  Slamming on the brakes at stop lights or when you are fast approaching the car in front of you reduces the traction on your tires faster than normal, wears your brake pads out faster, unnecessarily heats up and warps your brake discs, damages your rotors, and puts unneeded pressure on your car’s ball joints, suspension, and wheel bearings.

It’s no wonder that experts agree that autonomous driving will not only be safer but will also be beneficial to the environment.  We’re still a few years away from self-driving cars, so in the meantime, be a courteous driver and you’ll save money, the environment, and your fellow drivers.

Why don’t we recycle right? How to recycle better and get more people involved
How an Idling Car Costs You More Money and Hurts the Environment